Timothy Cooper is a screenwriter and script consultant whose web series, CONCIERGE, was nominated for a WGA award. On Twitter, he's @therealtimothy. He also runs the Blueprint Screenwriting Group. 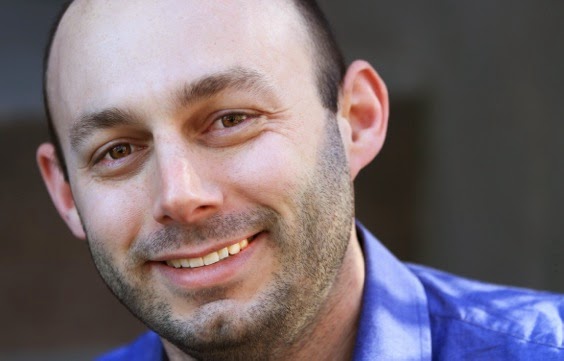 I got my undergraduate degree at Yale, where I was pre-med at first, then moved into philosophy (organic chemistry isn't easy, y'all). I focused largely on bioethics—the intersection of philosophy, and medicine, technology, and politics. A lot of my work is still informed by those interests. But it was as an undergrad that I wrote and directed a bunch of my own plays for the first time. I took two playwriting courses, including one with the excellent Donald Margulies. And I directed (we'll see if she remembers this) a one-act play by Elizabeth Meriwether (New Girl) that starred Zoe Kazan (everything) called “The Touch, The Feel.”

After graduating, I wrote plays while doing freelance editing jobs. I eventually earned enough consulting on people's college and grad school application essays (that's a whole story in itself) to start supporting myself, so I moved to New York City. Throughout this time, I was doing tons of film internships—script coverage, production assistant jobs, getting coffee, picking up laundry (having done this, I will never make an intern do anything close to that, ever), acting as camera assistant, building props, whatever. I also read every single screenwriting and story theory book available, read thousands (really, thousands) of screenplays, and joined different writing groups and communities of filmmakers.

I also did lots of improv at Upright Citizens Brigade and the Magnet, under some amazing teachers (Jason Mantzoukas, Liz Cackowski, Owen Burke, Peter Gwinn, and Chris Gethard, among others), where I got to perform with and direct some remarkably funny people. 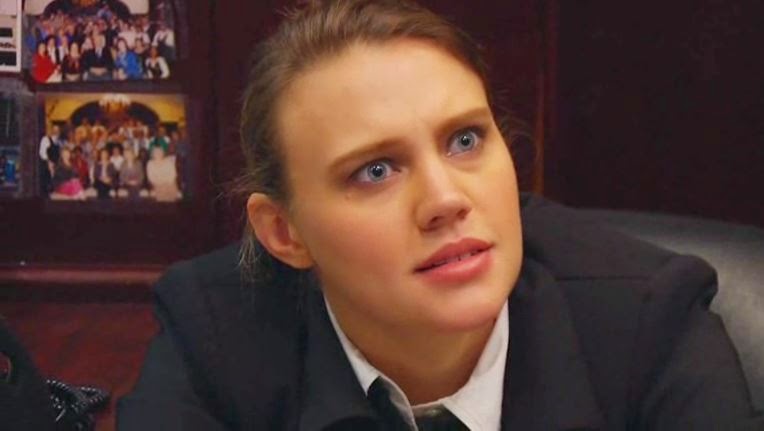 How did you get Concierge made into a web series?

I had tons of talented friends at Upright Citizens Brigade, and I thought they deserved starring roles. Since then, I was proven right in several cases, as you'll see if you (shameless plug) watch Concierge: The Series. A hotel is a perfect place expose all types of characters at every status level, from high to low. Plus I'm kind of obsessed with hotels, for reasons that are unclear even to me. But it really is the perfect setting to experience all walks of life, all types of behavior, and tons of awesome cameos. I think it would make the perfect sitcom—right, NBCaslongasyouhireme?

I think it only took a few days to write the script for all the episodes. I workshopped it with a few close friends to get feedback. Then I did improv rehearsals with the actors, which definitely helped. I love that collaborative process because it creates so many great new moments, and tells you what needs to be expanded or cut.

I called in lots of favors, then funded the rest out of pocket, which wasn't too bad. The location—a senior home that used to be a hotel—was donated. So was most of the food.

That was my first time really directing, but I knew exactly what I wanted. I brought on cast and crew I genuinely got along with, whom I agreed with comedically and aesthetically. At that point, all you have to do is trust them to do their job really well.

Ultimately, the series got me plenty of meetings with networks, producers, and my now-managers. Our Writers Guild Award nomination —the first for a webseries—didn't hurt either.

One mistake I see over and over is people spending all their time on one script for years, then completely giving up when that doesn't sell.


Do you have an agent or manager? If so, how did you get representation?

I do have a manager—actually, two managers, at a boutique management company in Hollywood. They are amazing. We work together on my new feature and pilot projects pretty much every week.

I met my managers at Sundance; after they saw my webseries, they asked for more scripts. So I sent them a spec feature and two spec sitcom pilots that I was really proud of. These projects presumably demonstrated my writing style, voice, and commercial appeal.

As a script consultant, what are some mistakes you see writers making over and over, or what are you sick of?

One mistake I see over and over is people spending all their time on one script for years, then completely giving up when that doesn't sell. Your first script will be the best you can write at that time. The second will be even better. By the third, you won't even know why you wasted time on that first script, since you can now see its flaws. But you HAD to write the first one to get to the second one to get to the third! Trust me: If you sell your 10th or 20th script, you're doing really, really well. If you give up before that, you didn't give yourself a chance to get better. For some reason, unlike any other sport or art or skill, people expect their first completed screenplay to be bankable. That's not a realistic expectation, and it's definitely not a viable way to improve.

I also see writers who spend a week on the outline and then months or years on the script. It should be the other way around. Run your story and outline by some trusted associates who understand the industry. Sadly, your parents or significant other don't count, because they (hopefully) think everything you write is golden. Spend time to really iron out the story. If it doesn't capture people's interest in the summarized form, the longer form probably isn't going to work any better.

Don't wait for someone to come along and produce your work. Just do it yourself. I'm talking about making webseries, short films, sketches on YouTube, music videos, fake commercials, isolated scenes, anything. You can easily pick up the skills to shoot a video or short film yourself. Or, if you don't want to direct, try to get in with your local university or improv school. People everywhere are desperate for new stories and great scripts. If it's good, it will get made.

What is the best writing advice you've ever gotten?

David Koepp told me, “Keep at it.”* That's pretty much the answer.
(*When I accosted him after he presented at the Writers Guild Awards.)

Don't put off writing until the perfect day. You have to write when your boss isn't looking, when you have a minute on the toilet, when you're sitting in a traffic jam, when your kids are napping, etc., etc. No one just gets weeks off on an island to write somewhere.

Don't watch a mediocre movie or see a mediocre script and say, “But I could write something mediocre too.” Of course you can; anyone can. Your job, when breaking into the industry—and with every script thereafter, too—is to write something extraordinary. Very few people can tell a story we haven't seen before, in a brand-new way. That's why screenplays sell for so much money—it's really freaking hard to write something with universal implications and appeal.

Move me. Another scene about a reluctant assassin who blows up lots of stuff won't affect anyone in the least. A truly flawed, multidimensional character WILL affect us. Write about a topic you genuinely care about, not just a genre that you've seen selling lately. If you don't care about your message, why should we?

Something I always emphasize in my Blueprint Screenwriting Group workshops is the importance of being receptive to feedback. There is no successful screenwriter who doesn't have to listen to executives, producers, funders, and—most important—his or her audience. Even the world's highest-paid screenwriters rely on a brain trust of peers with whom they test every story beat (as they do at Pixar, for example). If you argue with the criticism rather than just listening, that doesn't bode well for your ability to work with a studio or a production team.

Just hear to what people are saying. Do a reading with actors or friends. You don't have to take everyone's advice, but you have to listen and be open to it. Every script can be improved. Your job is never done.