Is Relatability Important in a Script? 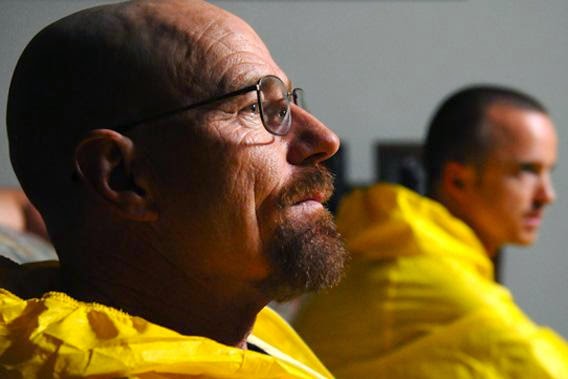 At some point, we've all gotten notes about "relatablity." That is, how well audiences can identify with the characters, settings, and events in our scripts. To hear many talk about it, it's a make-or-break deal for screenplays: unrelatable ones are "unsellable" or, arguably worse, just flat out unsatisfying slogs to read.

But do characters and stories really need to be relatable?

In the last few years, we've begun to see refutations of the notion that relatability is actually an essential part of storytelling. Rebecca Mead of the New Yorker tracks the (surprisingly) brief history of the word itself and how reductive and dismissive its demand on creative works can actually be. According to Mead, not even storytelling hero Ira Glass is excused from thoughtlessly using the word.

Film Crit Hulk's 2013 Screenwriting 101 also posits that screenwriting theory's obsession with relatability is a distraction from creating genuine empathy-- that the primal, emotional connection between characters is the actual essential part, rather than the depiction of specific circumstances relatability implies. You can jump into FCH's enthusiasm for emphatic screenwriting in section 7 of this excerpt.

Less about straight relatability and more about taking risks with your audience, Black List favorite producer and speaker Lindsay Doran has earned attention and plaudits from the screenwriting community for spinning principles of positive psychology into storytelling insight. They're too many to detail here, but her take on defying our reliance on happy movie endings is particularly resonant with writers, creatives, and, if you trust her examples of successful movies, audiences. The New York Times detailed Doran's career and philosophies in 2012 and she continues to produce films and speak about the power of giving audiences the ending they didn't know they wanted.

We can probably all agree the characters need to be interesting, and that we need to care about whether they succeed or fail -- but not necessarily because we personally have experienced what they've gone through, or because we "like" them ("likable" has become even more of a dirty word than "relatable" in the screenwriting world).

Then again, maybe "relatable" doesn't have to be an idea that boxes us in as writers. In a recent interview, HOW TO GET AWAY WITH MURDER creator Peter Nowalk said of hatching the show, "I’m always coming up with ideas — maybe it’s because I’m unoriginal — where it’s a normal person caught in an extreme circumstance. There’s so much good TV on right now, I just wanted it to be loud and extreme and relatable. I was like, 'What [would happen] if I murdered someone?' It started there and then I wanted to do something with a procedural element." So perhaps an idea can be high-concept and exciting but also relatable, if you approach it from the place of putting a regular person in an extreme situation. Doesn't BREAKING BAD's Walter White also start out as a regular person before making extreme choices and putting himself in extreme situations?

GUARDIANS OF THE GALAXY writer Nicole Perlman suggested in an interview that relatability might be especially important for non-human characters or sci-fi worlds. When asked about keeping characters like Rocket and Groot relatable, she said, "I would say that it’s just like any other science fiction movie – the tree and the raccoon are either aliens or they’ve been subjected to experimentation, and there’s no reason why they’re unusual for a science fiction film. But I do think that what makes them relatable is that they’re going through real emotions, and they have real feelings for each other as friends, and that’s extremely universal."

"It’s funny, Rocket ended up being my favorite character of the group. And even though he’s a raccoon, he’s the most human in the group, in a lot of ways," she continued. "He’s been through a lot, he’s distrustful of people and slow to warm up, but he’s really loyal to his friend Groot and there are all these very human elements to him. So I think in some ways he’s the most relatable character in the entire movie."

Perhaps relatability has more to do with the essentials of humanity than any particular situation or plot choice. What does it mean to you?
Posted by Rob at 10:32 AM