10 ways to beat writer's block - and finish your screenplay


@amandapendo any tips on writing your first feature? getting through writer's block/making yourself do it?
— MaryKate Meath (@marinate_meat) October 27, 2013

Finishing a feature - or any script - can be a daunting task, but you can do it! Here are my 10 tips for getting it done:

1. Write an outline
Pro writers disagree about whether you absolutely need to write an outline before you jump into the script (check out Scott Myers' Go Into The Story post about prep, and Geoff LaTulippe's response), but I think that new writers often move on to the script stage too soon. You don't necessarily have to know what every conversation will be or what themes will emerge from the story, but I think you need to know your act breaks, your midpoint and your ending before you get started. (Of course, it's okay if those change later!) Also, when you start working with producers and directors, you're going to have to do pitches and send in outlines, so I think it's good practice to get used to that kind of prep work now. 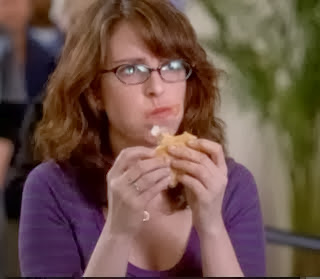 2. "Eat dessert first"
You don't have to work on the scenes in order! Keep yourself motivated by working on the parts of the script you're most excited about. "Absolutely eat dessert first," advises Joss Whedon. "The thing that you want to do the most, do that."

3. Polish later
If you come across a problem and you're not sure how to fix it, just mark it for later (I like to highlight unfinished things in yellow in Final Draft) and keep going. If you're writing a comedy, you can also add jokes later. Mindy Kaling has spoken about writing the "straight version" of a script first and adding "ornaments" when you're feeling funnier.

4. Don't aim for perfection
Some problems you simply won't solve in the first draft. That's okay! I think one of the biggest things that holds back new writers is the pressure to get it perfect. Just get something done so you can send it out for notes and then work on a second draft. Let go of the idea that your first draft will be perfect and launch your career.

5. Talk to your friends about your script
You're going to get stuck. It happens. Lean on your writer friends (tip: get writer friends!) to help you think of solutions and new directions. Even if a friend pitches "the bad version" or something you're not totally on board with, it can help your brain start working in a new way that solves the problem.

6. Write down new script ideas - but don't abandon your first one
Just when you're getting to the hard part of your script, an amazing new idea will pop into your head. This is an especially evil form of writer's block, since moving on to a new script can seem productive. Lots of writers work on multiple ideas at once, but unfortunately, jumping from idea to idea can result in ten half-finished scripts and zero finished ones. Keep a folder where you can write down new ideas - but make yourself go back to your original idea. Sometimes it is necessary to put a script aside, but ask yourself why you're really doing that. 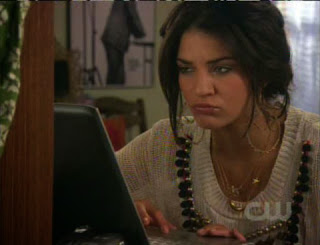 7. Shut out the internet
I'm terrible at this, but closing down Facebook, Twitter and even your email might be necessary for you to focus. "I have on my computer something called Freedom," Nora Ephron said once in an interview. "You put in however many minutes of freedom you would want, and for that period of time your computer does not allow you to go on the Internet." You might also benefit from Jane Espenson's writing sprints or the Pomodoro Technique.

8. Find the time when you're most focused
Some writers get to work early so they can write in the mornings, while I'm the kind of person who will stay up until 3 am, when nobody's awake (especially since I'm on West Coast time) and there are fewer distractions. Try out different writing times to see what works for you. However, let go of the idea that you need a perfect moment or workspace. Even with an uninterrupted day and a view of the ocean, writing is still hard. "A writer who waits for ideal conditions under which to work will die without putting a word on paper," E.B. White once said. And if you want to write television, get used to tough deadlines.

9. Start simple
I love the idea of writing what you think is missing in the world of film or TV -- and I think this is a great way to choose your projects. It seems a waste of time to write something if you have nothing to SAY. Still, when it comes a first draft, and especially your first script, you just need to start with a coherent story. The subtlety of theme and social commentary may come later. Don't let yourself crumble under the pressure to be brilliant or insightful.

10. Stop reading articles online
Irony alert! But seriously, I think the wealth of internet resources about screenwriting can be cacophonous. After you've soaked up some information and inspiration, walk away from all the advice and just focus on your story. Be honest with yourself about whether you're researching or straight-up procrastinating. Although we can fool ourselves into thinking that screenwriting-related research is a form of "work," it's not the same as writing.
Posted by Amanda at 11:11 AM

Email ThisBlogThis!Share to TwitterShare to FacebookShare to Pinterest
Labels: My Own Writing, Networking, Writing Advice

Thanks so much for this post! Number 10 hits a little close to home - just the other day noticed that it seems like all I do is read about writing instead of actually writing! Much appreciated and great advice.

Hi! I'm pushing through stubborn writers' block on a d---ed feature project today and enjoyed your article about easy tips on how to do it. It turns out my problem is perfectionism.

I do need to quibble and grouse a bit though with your comment screenwriters will need to submit script outlines to production. I've been in the business in LA since 1987 and I have never seen that happen. Pitch, logline and synopsis are usually what I've asked for or been asked for. And the shorter and more "meet cute" the pitch, the better.

My advice would be concern themselves first, last and throughout with story. Nothing else. Make the story page-one engaging and the characters good and strong, use proper format, and dump the scriptwriting software and use Doc and Pdf, and most of us you pitch to you will be good. How do I know this works? Just got greenlit on a new TV series in November on a one sentence pitch, and we go into fully funded preproduction January.

Now if only beating writers' block (on a different, feature project) were as easy!

Great blog with useful advice to young - and us older - writers!