The wrong way to network 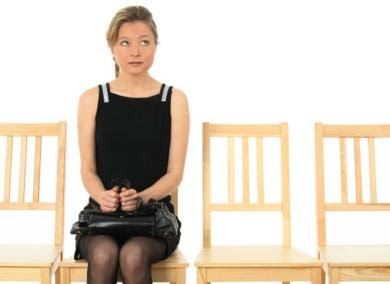 Thanks to Justin Kremer for alerting me to Marc Ensign's amazing/horrifying article about a "semi-professional networker" who spammed a ton of people he had just met in the hopes that they could submit their poor female friends to his romantic advances. Some tidbits:

sorry about this mass email, but it’s more efficient on my end. i’m also kind of a “semi-professional networker” with 10,000 people in my gmail contacts list, 1,000 friends on my various FB accts (even though i don’t use FB myself), 1,000 followers on Twitter, and google will “auto populate” my name, so perhaps some of you “beginning” networkers will learn some tips of how i’m always trying to create a “win-win” (this skill set was stressed a lot when i got my MBA from NYU)

These are my Hard (Objective) Dating Parameters which are NOT Flexible:
(this means I am only willing to pay for introductions if ALL these criteria are met)
(if you want to set me up w someone missing 1 of these criteria, I may accept, but will not pay for that)


Where, where to begin?

First off, this guy may not actually be the most abhorrent dude looking for a woman this way. In case you want to feel even more hopeless about dating, be sure to read this Elle 'Ask E. Jean' column from last year about an entrepreneur looking for help finding a woman who's "very thin (but not because she’s starving herself or has food issues—I want someone who will be thin her entire life)" and has some anatomically improbable sexual abilities I won't repeat here.

Dating facepalms aside, Mr. "Professional Networker" has provided an amusing launchpad for a discussion about networking - a necessity in the entertainment industry that most people hate or at least struggle with. A few years ago, I blogged about respectful networking - but it might be a good time for an update. Here's the basic rule: don't ask strangers for favors right off the bat. Stop thinking, "how can they help me?" Instead, ask, "how can we help each other?" Look at it like making friends. Ideally, you can all climb the ladder together and help people along the way. At the beginning, most of your contacts probably won't be able to get you an agent or buy your script (news flash: you're probably not ready for that, anyway), but maybe they can give you notes or tell you about assistant job openings. Slow down. Relax.

Also, don't be that person who shamelessly accosts big writers after panels. Why would they want to help you before their friends, loyal assistants, etc.? Make friends, because people want to help their friends. Don't be frustrated or discouraged by this; at some point, you're going to be the friend who's getting a favor.

(And this really should go without saying, but don't show up late to a networking event, spam a ton of people with a grammatically incorrect email, brag like an asshole and ask people to find you a fictional perfect woman. If you need a date, at least be self-aware, funny and generous with your money like this ad exec who's offering her friends $10,000 for a husband.)

Sometimes you will meet people who are farther along in their careers than you, and they might even be cool and nice - but be wary of asking for favors too quickly. If they want to help you, they'll offer. Many writers and producers in the industry like to be mentors - but not everyone does. You can't force it to happen. You might simply start by asking for advice, and see what develops after that. Tip 1: if you're asking things over email, be succinct. Too many new writers bombard people with rambling five-paragraph emails. Pros are busy. The shorter your email, the less likely people are to get annoyed and ignore you. Tip 2: be specific with what you ask for. When people say things to me like, "I want to be a writer, now what?" I think maybe they haven't done their homework, and I feel like it's a lot of work for me to figure out where to start. Being specific with my internship supervisor is what got me a job at an agency. Tip 3: don't ask a million questions or favors. Tip 4: remember that everyone likes to be congratulated on their successes. If you see someone pop up in the trades, you can send a super short "congrats" email without a question or request for a favor attached. Go Into The Story has some more good networking email tips here.

If you're really bad at networking or feel really nervous meeting new people, just remember that we all came here for a reason - and we all have a lot in common. Talk about your favorite shows or movies. Maybe even talk about (gasp!) something non-work-related for a second. I wasted a good fifteen minutes on Twitter tonight talking about the best burgers in LA. Be a human. If you go to a big networking event, you can also make an attainable goal for yourself, like that you're going to talk to at least two new people, or that you're not allowed to look at your phone for more than a minute at a time. Remember that there are probably a lot of other people dreading it the same way you are.

When you're new to the industry, I say go ahead and meet as many people as you can, whether it's forming a writing group or doing drinks with assistants you talk to on the phone at your job. But at some point, you'll probably let go of the "I have to meet everyone!!" mentality and just start hanging out with the people who have become your friends. You'll develop an aversion to all the well vodka, and you'll realize that you can't hit it off with everyone, anyway. It's just the natural order of things. Sometimes people you met once and didn't stay in touch with make a big sale or get a promotion, while other people you devoted a lot of time to end up quitting the industry to teach English in Cambodia, rendering them useless in your climb up the ladder. It happens. Gotta let it go.
Posted by Amanda at 1:41 AM

Great article! It seems the message here is that we all need to exercise courtesy and common sense. I'm astounded by how often some people need to be reminded of those things.

Totally agree. It is not about making a sale. It is about making a friend. Share a laugh. Connect with them person to person. Share a memorable moment you'll both remember. The rest will follow...later.

I would add: don't hit on people at networking events! Assume the people at the event are not looking for a love connection unless they explicitly tell you otherwise.

As I read this I was thinking about this dude's approach. Obviously it is creepy but in the game of numbers it just may work out for him sometimes.
What is a socially awkward person with no face-to-face social skills to do? Well, write blog comments like this maybe?

After I read this-
"And this really should go without saying, but don't show up late to a networking event, spam a ton of people with a grammatically incorrect email, brag like an asshole and ask people to find you a fictional perfect woman."
I was like, come on, at least have the decency to send out grammatically correct spam man.

If you're acquainted with someone who works at a company you'd love to join, what would be the protocol re: asking them to "keep you in mind", should any positions open up? Is it alright to send them an email basically saying that?

kru k - I don't think it would hurt to ask that. Just don't ask repeatedly/pester.

This was awesome I loved it. Be a human being, help people when you can.

Last paragraph sums it up: meet everyone you can in the beginning but at some point you realize you can't have a real connection with everyone. Then, just focus on people who are like-minded, and whose company you genuinely enjoy.