When is it time to quit my assistant job? 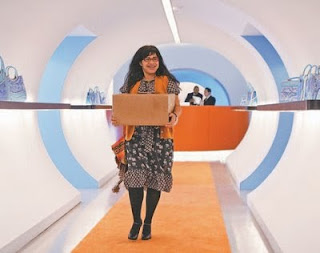 J writes: When is it time to move on to another position or leave a company? I've been at a small TV production company for about a year. I began as an intern and worked my way up to an executive assistant to the EP one of the highest rated reality shows on the air right now - but I'm over it... I feel as though I given everything I can, I find my daily tasks to be the same thing every day and it's just so boring. I want to write for scripted TV but the company I work for only produces reality television. When is time to move on and find the next job? How do I move on with out my boss hating me?

Good question! I think that when you're A) not learning anything and B) not making contacts, it's time to move on. Reality TV can be an especially tough place to get stuck, because I don't think you're going to be able to move into scripted as a result of this job. I also know people who got stuck in reality TV, got promoted and now feel like they're too comfortable and making too much money to jump over to scripted, where they'd have to start closer to the bottom.

That being said, I don't think you should quit until you find a new job. Right now you're in a good position, since you're making money and can do your job pretty easily. You also now have that first assistant job under your belt, so lots more employers will consider you. In terms of your boss hating you: unless you agreed to stay for a certain amount of time and you're leaving sooner, your boss shouldn't be mad...I'm sure s/he realizes that you don't want to be an assistant forever. As long as you give notice (two weeks is usually standard) and help your boss find a replacement (it's customary for assistants to collect resumes and screen people - probably including the company's interns - before sending them in to interview with the boss), you're fulfilling what's required of you. Some bosses are whiny and unreasonable, and hate the idea that their life will be disrupted by this change, so you may face that... but you're not doing anything shady by quitting. Some assistants feel that they're not able to be open with their bosses about going out on job interviews; you'll have to decide if you want to come clean about that (other assistants within the company might be able to advise you about what former assistants did). Also, you may get offered a job and be asked to start in sooner than two weeks, and you'll have to figure out how to deal with that... but I generally feel that you need to fight for the job that's best for you. Don't miss out on a great opportunity because your boss will be annoyed. It can be an awkward situation (and you should see if your new employer can wait a bit longer), but someone can cover the desk and life will go on.

Once you feel like you've made enough industry contacts and need to focus on churning out more scripts (it doesn't sound like you're there yet), you might find that it would actually be better for you to stay in a job that's just a job. [Here's a post with more about that.] In that case, you simply want the highest-paying job you can find that also allows you to write at work OR features short enough hours that you can write a decent amount on the side. You also want a job that won't completely zap your brainpower; the trouble with script coverage is that after a full day of covering scripts, I'm not always mentally able to focus on my own writing.
Posted by Amanda at 1:00 AM

This was a really thoughtful answer. In terms of "the boss being angry with you" I think you summed it up with: "but someone can cover the desk and life will go on." Having moved on from a few different jobs (some entertainment, some not) that's really where your mind frame needs to be. Not on, "how's my boss going to react?" or "how's my boss going to survive without me?"

the answer: assistants leave all the time. turnover is a business cost. AND your boss survived before you got there, she'll survive when you're gone. people are (almost) always more resilient than we give them credit for.

once you accept that life goes on, the decision becomes a simple(r) one.

So strange that I stumbled upon this post, as this is pretty much what I'm going through myself. I, too, have a job in reality television (in NYC) and I am really not sure how to get out of it. I'm an AP, so I'm definitely early enough in the game to get out, but I was wondering if you had any tips on how to actually get yourself noticed in the scripted world (I'm even looking into late night too!). I'm newish to the industry, so I don't really have any contacts outside of reality television and applying through network career sites I know is pretty much pointless... would also love to move to Cali, but that's tough to do without a job lined up! Any helpful tips?

Chris - thanks! It's true... sometimes we get a little afraid of our bosses and fail to see the big picture.

waitn4abus - I would ask all your reality contacts if they have scripted contacts who could help you out. Otherwise, you will probably have to do the career website thing, and start at the bottom. Also, you're not gonna get a job lined up in CA before moving here... there are too many applicants here already. If you want to move to LA, just save as much as you can and move here, understanding that you may have to get a random non-industry job to pay the bills for a bit. More posts about that under the "Job Search" tab on the right.