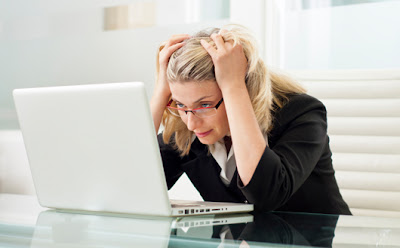 If you’ve logged even just a couple years in this whole “aspiring screenwriter” thing, you’ve probably discovered that revisiting your old material isn’t always a picnic.  Sure, there are lessons to be gleaned from some of those crude, bumbling, early pages, but the spirit of learning is likely trumped by the urge to lock those embarrassing attempts forever inside a fireproof safe - and to drop that safe into some shark-infested waters.

If nothing else, it's comforting to know that even the most successful professional screenwriters were once just like us. We now have proof: a few online resources have cropped up that allow us to examine early scripts by actual working writers. Show Us Your Specs is a new online library of the spec scripts that first got now-showrunners noticed. Early entries already include Revenge’s Gretchen J. Berg & Aaron Harberts, Once Upon a Time’s Jane Espenson, and Don't Trust the B’s Dave Hemingson.

While all these writers can stand to leave these specs off their resumes now, it’s easy to see why they’ve become responsible for what’s piped into our living rooms every week. I haven’t watched Homicide: Life on Street in over a decade, but Matt Olmstead’s spec, which landed him both a Sopranos offer and a NYPD Blue gig, conjured tone and character voices I recognized in an instant. Here’s hoping that more TV pros join int he fun and send Show Us Your Specs a little love.

If you’re looking for something a little more on the raw and vulnerable side, look no further than the Scriptnotes podcast by John August (Big Fish, Frankenweenie) and Craig Mazin (The Hangover Part II, Identity Thief). In episode 58, John and Craig are brave enough to summarize, discuss, and even post (post!) the first three pages of their very first screenplays (Here and Now and The Stunt Family, respectively). It’s heartwarming and inspiring to hear these two pros tear apart their maiden voyages, knowing that they've both grown into highly successful and super cool screenwriting dudes.

Ideally, this level of transparency that Show Us Your Specs and Scriptnotes offer will continue to rise on the web, particularly concerning those first (and sometimes gruesome) milestones every TV and film writer must endure. As John eloquently puts it, “you just need to get that [first] one out of your system” before graduating to the good stuff.  And if you can, and people pay you for it, the good news is that sharing your first scribbles will be an enormous generosity…and not a requirement.

Because seriously: no one is finding that safe.
Posted by Amanda at 9:00 AM