Screenwriting lessons from my favorite movies of 2012

I thought I would share a few of my favorite movies from 2012, and how they made me think about screenwriting. Note: This isn't an exhaustive Best-Of list, partially because I still have a bunch of movies to see...and as usual, I'm only focusing on Things I Love. Mild spoilers ahead. 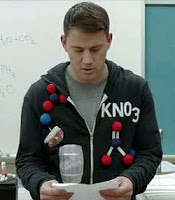 21 JUMP ST
This movie made me laugh the hardest of anything this year. Beyond that, I think it made a brilliant choice: when Schmidt and Jenko mix up their assumed identities, nerdy Schmidt has to enroll in drama class, while "dumb" Jenko has to suffer through advanced science classes. Push your characters into unexpected and uncomfortable situations!
Download the 21 JUMP ST script PDF

THE PERKS OF BEING A WALLFLOWER
I read this book when I was 18, and it really hit me hard. I never thought the movie could make me feel the same way now that I'm an adult - but it did. It's hard to describe or replicate the kind of emotional magic of this film, but I think one writerly takeaway is that the movie gradually peels away Charlie's layers, revealing his past demons, over the course of the movie. If you're writing a character drama, think about that peel-away-the-layers setup. (I actually had similar thoughts about last year's MARTHA MARCY MAY MARLENE.) Another lesson from PERKS might be that multiple characters struggle, grow and transform. Don't surround your protagonist with static reactors...give supporting characters their own lives and issues.
Download the THE PERKS OF BEING A WALLFLOWER script PDF 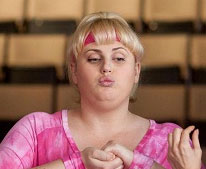 PITCH PERFECT
Cast Rebel Wilson in everything please. Also, I think this movie is a good example of a comedy that's positive and warm-hearted but also very funny. You don't necessarily have to write about awful, mean-spirited people to be funny. I know that people always seem to be looking for "edgy" scripts...but that's not the only kind of comedy. Most of the sarcastic characters in PP are still passionate people who love what they do.

LINCOLN
"I could write shorter sermons but when I get started I'm too lazy to stop." I love that Lincoln always speaks in lengthy anecdotes. What's your character's specific and memorable quirk or habit? And although it took Steven Spielberg 12 years to crack this story, I think this movie can teach us something about concept: write about a fascinating person with a compelling, high-stakes dilemma. In a recent Scriptnotes podcast, John August theorized that Black List writer Young Il Kim was smart to write a spec about Hillary Clinton (RODHAM). Remember that you're not just creating a character, you're creating a role. Can you find a protagonist like Hillary or Abe?
Download the LINCOLN script PDF 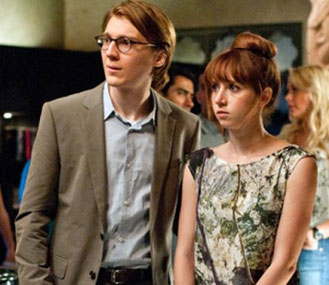 RUBY SPARKS
I thought this move was a clever, insightful deconstruction of the Manic Pixie Dream Girl. After novelist Calvin's dream woman comes to life, he realizes that you cannot have a healthy relationship with a fantasy. A person cannot fit into the box of whatever you want her to be. This is quite literally a lesson in screenwriting: are you creating real, authentic people...or devices that do whatever your main character needs?

SILVER LININGS PLAYBOOK
I love this movie's quirky tone, and the way Pat and Tiffany are equally messed up; it's a true two-hander. On a structural level, note the ticking clocks and upcoming events of the dance and the Eagles game. It's also an example of a movie in which characters' goals shift: at the beginning, Pat only cares about winning back his ex...but by the end, he aims to achieve something else.
Download the SILVER LININGS PLAYBOOK script PDF 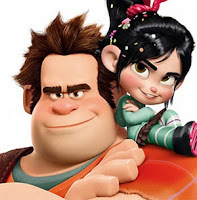 WRECK-IT RALPH
So much to love about this movie! I wish I could find a link for an article about this, but I remember reading that this movie was originally about Felix, before the creators realized that they had a better story in Ralph. Sometimes our scripts evolve into much different stories. Beyond that, I think the biggest lesson here is the dynamic between Ralph and Vanellope (the latter of whom is one of my favorite female characters of the year). Ralph and Vanellope are sort of like offbeat mentors for one another: Vanellope makes Ralph realize that being a good guy doesn't mean stealing a medal, it means helping someone else (I love when Ralph sees Vanellope being treated the way he's been treated) - and Ralph helps Vanellope fight against the multiple antagonists in her world. Ralph also faces an impossible, heartbreaking choice: he has to ruin everything that he and Vanellope have worked on so that he can save her life. Can you give your character an impossible choice?
Download the WRECK-IT RALPH script PDF

For some more screenwriting lessons, check out Vulture's interviews with 2012's top screenwriters on the toughest scenes they wrote.

Hi,
Thank you for all that you do. Just discovered your blog and love your enthusiasm.

Thank you for your comments and links to sceenplays.

Hope you have a wonderful year.

Thanks David, you too!

is the PDF for the Pitch Perfect script hidden somewhere in the press notes? The link takes me there instead of to a script.

So glad someone found the Silver Linings Playbook script! :)

Oh well, I was just excited to have finally found it.

Thanks for the rest!