Inspired by Lena Dunham's funny Instagram post of a story she wrote as a kid, I went through my writing from 2nd and 3rd grade to see if there were any early clues that I might become a screenwriter. Instead, I found some other hilarious things, including an obsession with multi-bedroom mansions and an early penchant for brunch:

"My favorite lunch, which is brunch lunch..." (Some things never change!) 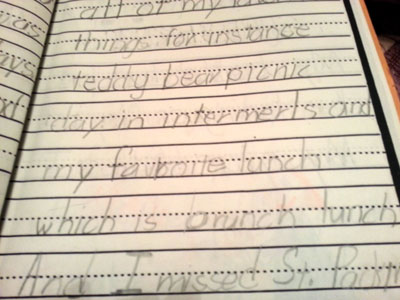 When people ask me if I'm a Buffalo Bills fan, I give a complicated answer about childhood disappointment. This should explain it: 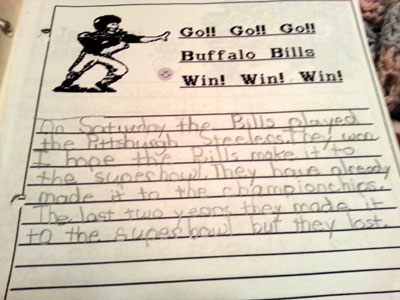 In college, I was a radio DJ/newscaster. This one contains some early hints of my broadcasting career (and a weird-ass 8 year-old personality): 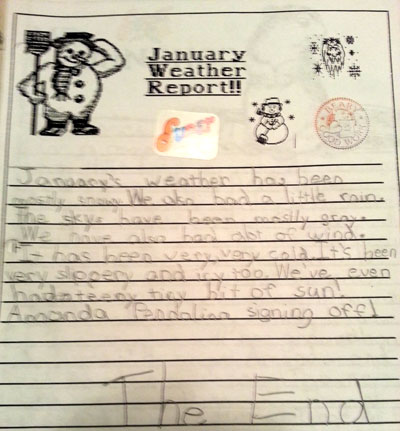 Apparently, I spoke out against the conspiracy theory that Betsy Ross may not have made our flag (go ladies!): 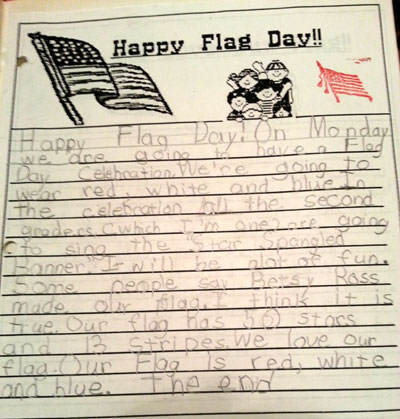 A year earlier, my mom gave birth to my younger brother and I had to move into a room with my older sister. Apparently, I did not take this very well, and became obsessed with rich people and mansions: 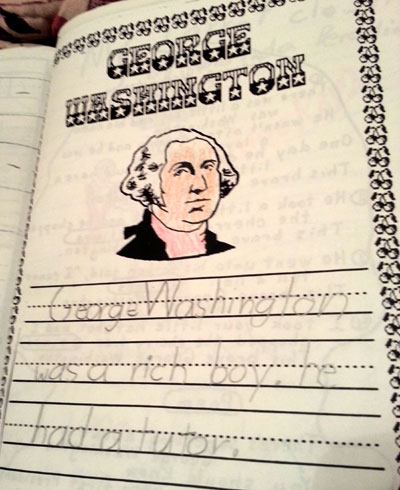 "Everybody gets their own room!" (Ah, utopia.) 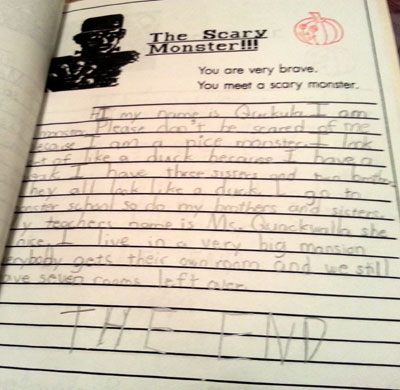 Duh, all pirates live in mansions with dungeons. Perhaps this next one hints at screenwriting: "give me all your money or I'll shoot you" sounds like a great high-stakes premise, no? 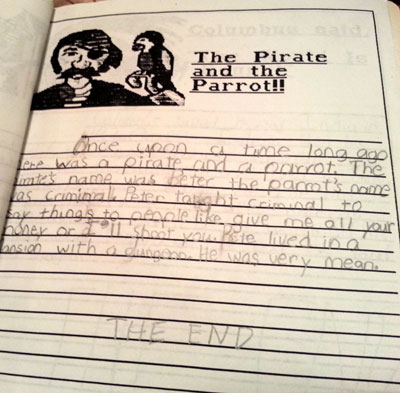 At Thanksgiving, I was more thankful for "clothes" and "books" than for "life and health" (which is basically still true): 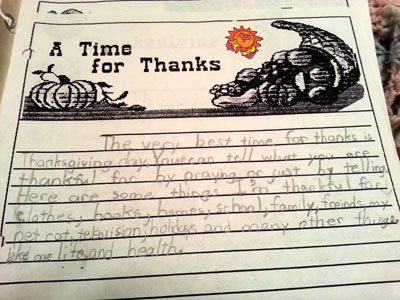 By third grade, I realized I wanted a mansion AND servants: 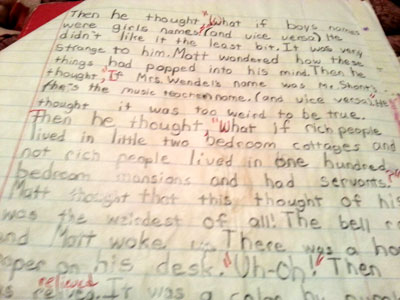 And finally, third-grade me also resisted notes. Notice how my teacher corrected some mistakes and I crossed them out with a red pencil: 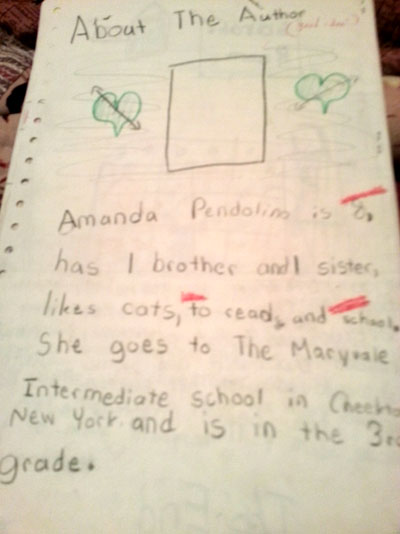 Email ThisBlogThis!Share to TwitterShare to FacebookShare to Pinterest
Labels: My Own Writing

This is adorable and shows such early promise!